In this little book from 1944, Erwin Schrödinger, of quantum mechanics and cat fame, derives principles of life from his knowledge of physics. The result is interesting and left me with a puzzling question: what role does quantum mechanics play in biology today?

The book is based on several lectures Schrödinger held in 1943 at Trinity College in Dublin. In them he attempts to define the basis of life, more precisely heredity, from a physics point of view. Schrödinger himself had been heavily involved in solving how matter works at the very small scale: while “classical” physics could explain much of the large effects we observe in the universe (the falling of an apple or movement of the moon for example), it had failed to explain observations at the small scale (the atomic level). In the start of the 20th century this problem was solved through the definition of quantum mechanics, which lead to a number of assumptions about the physical world. It’s on this basis – the fact that quantum physics could explain the very small – that Schrödinger starts his foray into what life is.

Schrödinger uses this juxtaposition of classical and quantum physics as a central trope throughout the book, with the author asking which one would better be suited to explain the question of heredity. At the time, the chromosome was emerging as the unit of inheritance, although it was unknown how it was structured, worked or encoded information. Still, three central features of life were clear: one was its permanence, the fact that phenotypes can be passed on through the generations with little change. Another was that this permanence can be disrupted and changed through mutations. Finally, it was known that our “code-script” is surprisingly small – the number of atoms needed to make a gene or chromosome is estimated in the book to range from a few thousands to a few millions. 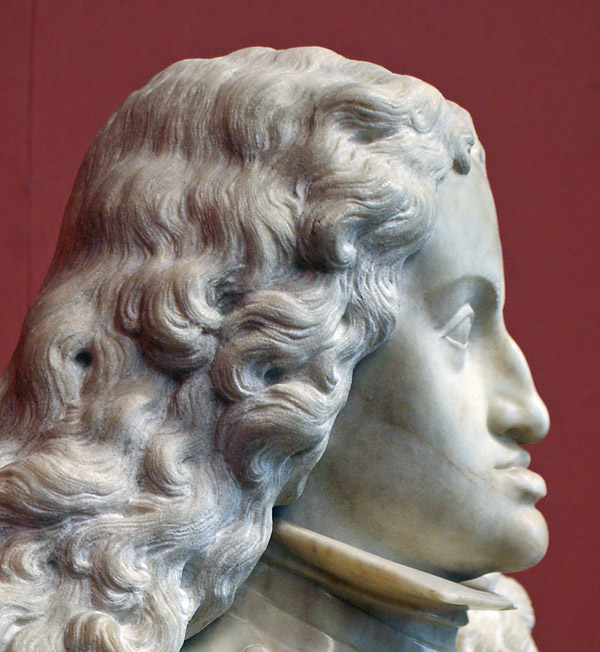 The so-called Habsbuger jaw is mentioned as an example by Schrödinger of permanence - inherented traits within families. Wikipedia.

This possess a conundrum: Schrödinger explains how atoms, when you have many of them, overall act in an approximate manner. We can fairly precisely describe their behavior on a population level. However, when we’re dealing with a low number of atoms, such as in a chromosome, we would except random and unstable behavior. The fact that chromosomes are actually quite stable, and that heredity is a regular process, is therefore somewhat of a mystery. At least to the classical physicist.

Enter quantum physics. While large-scale systems behave like a pendulum, swinging gradually from one state to another, atomic level systems instead “jump” from state to state. Their behavior is “quantized” – discrete, not continuous. Atoms at this level don’t drift or diffuse randomly to the same extent large-scale systems do, but instead form structures or molecules, which retains a certain stability through weak bonds. These weak bonds thus keep them fixed in a particular state and creates 'permanence'. That “life” lies in the domain of quantum physics also explains how mutations can occur. For bundles of atoms forming molecules at this size to change states, they need to be provided with energy, for example through heat or X-rays - factors known at the time to induce mutations in chromosomes. Thus, quantum theory explains not only how stability and mutations can arise in our genes, but also why our genes have the size they do: they must be big enough to carry information, but small enough to be within the domain of quantum physics to retain their discreetness.

Schrödinger speculates that the weakly bonded molecules operating at this quantum level, make up the units of our chromosomes. He calls them “aperiodic crystals”: unlike atoms making up a solid, they don’t simply repeat themselves, but consists of different subunits - they are “aperiodic”; and since they still retain stability they are crystal-like. He goes on to explain how this stability - their order - is maintained through feeding off the entropy of other ordered entities.

There’s a lot more going on in this tiny book then I can describe here – and I am not even sure I am explaining it correctly. Wikipedia has some information on the chapters and Matthew Cobb wrote a nice article about it in 2013. There are written books about it as well and a whole conference has been arrange in Dublin to celebrate the 75th anniversary of the book later this year.

I found the book hard to read and understand at many places. That however was not the case for biologist at the middle of the last century: as highlighted in the brilliant book The Gene, Crick and Watson both credited Schrödinger’s book as inspiration for their later groundbreaking work on the aperiodic crystal, which turned out to be the DNA molecule.

However, I still hugely enjoyed reading it: as you can see in the above picture, so did my daughter, but for different reasons. The book has left me wondering what role quantum physics play in biology today: honestly I have never heard anybody make a biological argument based on quantum physics. On the other hand, its clear that quantum physics underpin our understanding of the world. If so, why shouldn't the lessons from quantum mechanics affect process in a cell for example?

If that is the case, a whole plethora of questions opens up: is it chance that the recipe of life seemingly lie in a range where quantum physics dominate or are there some fundamental properties provided by this space that is conducive to life? If so, what are they? Are processes at this level really stable enough to retain the coherence needed for inheritance? What happens during replication of our DNA – how do quantum states deal with the need to suddenly duplicate? If chromosomes are affected by quantum physics, what about other process in the cell that rely on smaller biomolecules? I have no idea how to answer these questions – heck, I don’t even know if they are interesting, but I would like to know.

I am the guy who thought it would be a good idea to read 26 books in 52 weeks.